There’s help out there for picky eaters 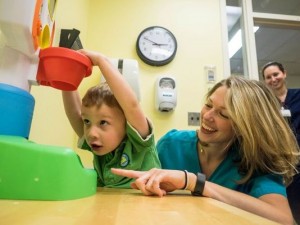 Ryan Edwards has always been a picky eater. He won’t go near any kind of meat except some types of chicken fingers. The mere mention of eggs makes him shudder. Vegetables make him gag.

“My big staple is grilled cheese,” the 19-year-old says.

Edwards says he’s not troubled about his diet from a nutrition standpoint — he also loves fruit, and he says he feels perfectly healthy. But the social challenge of having such a limited diet often makes him feel awkward and self-conscious.

So he recently went through a six-week program at Duke University designed to helps teens and adults eat foods that their senses tell them to reject.

Although it’s unclear how many people have so-called selective eating disorder, anecdotally they are growing in number, and hospitals and academic medical centers are setting up programs to help them.

Many children, of course, are picky eaters. For them there’s still a chance they’ll grow more flexible over time. In-school cooking and growing programs, like the Sage Garden Project in California, have had good success at helping kids adapt to new foods, particularly vegetables.

For those whose aversions are severe or who don’t outgrow them, such programs can literally change lives, improve social connections and restore family calm.

Karin Lombardi isn’t sure what turned her son Drew off to food, but it happened almost overnight, just before his third birthday. Suddenly, the preschooler behaved as if food were hurting him. He would start shaking, quivering and refusing almost everything his mother put in front of him.

“He’s my third child. I thought I had this in the bag,” says Lombardi, of Cockeysville, Md. “To see him struggle and not know why, or how to right the fit, was a very scary thing.”

Lombardi says she felt ashamed that something as seemingly simple as eating would trip her up as a parent.

It’s very clear, though, that parents do not create such extremely picky eaters, says James Hyche, a psychologist at Mt. Washington Pediatric Hospital in Baltimore, where Drew recently finished treatment.

Giving in to such strong food aversions — usually certain textures, smells or flavors — isn’t a sign of weakness, Hyche says. “My best guess is they would starve to death” if their parents didn’t give in to their selective eating demands, he says. “Unless you’ve experienced yourself, it’s a hard thing to understand how very difficult it is to work with some of these kids.”

The difference between a picky eater and a truly food-selective child is the strength of their reaction, Hyche says. With a fussy eater, a parent can usually get the child to take a bite of the offending food. “Whereas kids who are food-selective, they become really upset — they’ll cry, tantrum, gag, vomit sometimes. Their reaction is much stronger and much more severe.”

To get them over their aversion, the Mt. Washington program breaks down the process of eating into a number of steps. First, the child is asked to tolerate having an offending food in the room, then in stages, asked to touch the food, bring it to his lips, take a tiny bite he can spit out, then swallow. The whole process might take days with each new food.

Drew, now 3½, has added red meat, some eggs and lots of fruit to his diet, and dinner time is no longer torture for the Lombardi family.

No one knows why some kids become food-selective. Sometimes it’s triggered by severe allergies that leave a child afraid to eat a certain food or category of foods. Other times, Hyche says, children might not have the motor skills to properly chew certain foods, or harbor a bad memory of choking on a particular type of food. Children on the autism spectrum are more likely to become food-selective, he says, though plenty of children with food selectivity do not have autism.

There are suggestions that children with these very strong food preferences are more likely to grow into adults who have anxiety and depression, says Nancy Zucker, a psychologist at Duke. But it’s not clear what’s cause and what’s effect.

Does a kid’s in-born anxiety make it harder for him to try new foods? Does a nutritional deficit from picky eating lead to a more anxious adult? Do the teens and adults who won’t eat many foods get anxious about going out with others?

Ryan Edwards, who assists the automotive tech program at Chantilly High School in Virginia and is a car salesman on weekends, says he wouldn’t have any anxiety at all if he could get over his worry about feeling awkward about food.

If he gets an email in the morning about an upcoming staff meeting where lunch will be served, “for the next 2½ hours, I’ll be quite anxious about what I’m going to have to have for lunch,” he says. “For me the anxiety is caused by the aversion to food.”

Getting through the Duke program was a challenge, Edwards says. But now, when he and his peers go to lunch at Popeye’s, a school favorite, he can eat the restaurant’s version of chicken fingers. He’s even starting to like them. 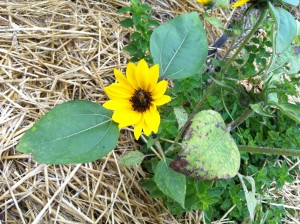